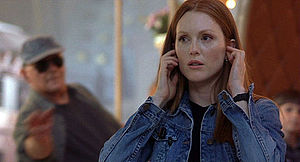 For The Daily Prompt: It Builds Character

I was in the Louvre a few days ago in Paris, France. It is a must stop visit for me whenever I go strolling along the Right Bank of the river Seine. My business visits to Paris are usually short ones, but I always find the time to stroll through the renowned, museum and stare at the wonders of its 35,000, historical artifacts. Its timeless displays quickly feed the curiosity and lust of my creativity’s imagination. When I am there, time stands still and allows me the luxury of traveling to other glorious, places in time.

Sometimes when I am there, I come across some very interesting people. On my last day there, I ran into a very distinguished looking gentleman who captured my interest. The way he was dressed, the way he moved and the way he presented himself had me feeling that I had seen him somewhere before. Although I tried my best not to stare at him, he obviously had noticed me looking at him. Suddenly, he nodded politely at me, then gracefully walked over to me.

“Hello, are you an American?” he said politely while offering his right hand.

“Ah…Joseph, that is a delightful name. I once had a very pleasurable meal with a young man named…Joseph!” His accent was confusing, not European or American, but somewhere between the two.

He smiled after he said that, and I swear I saw him licking his lips a bit.

“Do you come here often?” he asked me.

He wore a long beige, dress coat, which I thought was overkill for the mild weather. He wore large, black-tinted sunglasses and an expensive-looking, tan, felt-Fedora, creased perfectly flat down the center and pinched at both ends.

“I was just about to go out for a bite to eat. Would you care to join me?”

The question startled me. I had just met this gentlemen a few moments ago and already he was asking me to go eat with him. My suspicions floundered while I quickly tried to figure out if he was just lonely and wanted some company or if he had some evil intention in mind.

“Why not!” I said rather nonchalantly. “I was just about to go eat myself.” My answer surprised me, but I think my curiosity about his resemblance to someone I knew got the best of me.

As we walked out of the Louvre, he began telling me how he had been in Paris for some time and how he missed America. As we walked over to an outdoor café, a waiter came out and sat us down at one of the white, linen draped, tables. He quickly ordered a glass of wine and asked me what I would like.

“A beer would be fine.” My new acquaintance just smiled slightly then waved to the waiter. Just then his cellphone rang. “Excuse me a moment, Joseph, while I answer this call. He put his cellphone to his ear, then said, rather excitedly, “Ahh…Clarice!”

I froze. My heart started pounding wildly when I heard him say the name Clarice. Could it be? Could this refined and distinguished looking gentleman sitting in front of me be one of the most wanted and dangerous criminals in the entire world? Was this gentleman who I just met a few minutes ago be the cunning, elusive and murderous cannibal known as the one and only – Hannibal?

I quickly began to jump off my chair.

“Where are you going?” he asked me sternly and with a threatening tone.

“I know who you are!” I screamed. “You’re Hannibal!” My knees were shaking, and my breathing became labored. I began to panic, and all I could think about was getting the hell out of there as quickly as possible.

“What! What are you talking about. Who do you think you are telling me to sit down!” I screamed back at him.

Just then, my entire life flashed in front of me. Here I was, standing in front of one of the world’s most notorious killers and who knew I just recognized him. What was he going to do? Was he going to lurch across the table and slash at me with a knife he had hidden in his coat?

“I thought you were dead? Didn’t you get killed in your last movie?”

He just smiled, then said, “You can’t believe everything you see in Hollywood, now can you?”

I sat down and just stared at him in fear, then said, “What do you want from me?”

He grinned devilishly, and said, “I want to eat your liver for lunch with a nice Chianti and some fava beans!”

I screamed so loud that it almost drowned off the police sirens I heard coming towards the café. Hannibal suddenly jumped up, turned and gave me a disappointed and angry look, then said, “I apologize, but I must be going now. Perhaps, we can do this again sometime, maybe for dinner?”

“Ahh!” I yelled as Hannibal took off running towards the river with the Paris police in hot pursuit.

I was speechless. As I began to calm my nerves, and my legs from shaking, I wondered how I could tell anyone here or in America about my encounter with Hannibal. Would anyone believe me? Would they all think I was delusional?

As I got up to leave, I decided to take out my iPhone and call the airport to see if I could get an earlier flight out of Paris. As I did, the phone rang. It was from an “unknown” number. I answered it.

“Yes?” I immediately recognized the voice. It was Hannibal.

“Joseph, you should never leave your Bluetooth activated on your iPhone! Until we meet again!”

Here are some of my blogger friends thought on this topic:

7 thoughts on “My Encounter With “Hannibal” At The Louvre”