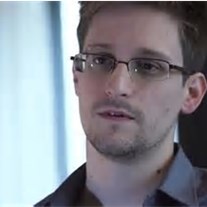 Edward Snowden – “A Man Without A Country”
By Joseph E Rathjen
June 15th, 2013
Published by: Lifetimeprint.com

He may be a “leaker” but is Edward Snowden about to become a traitor also? Leaking information about the NSA’s secret surveillance program “PRISM” may qualify Snowden as a whistleblower and a leaker, but is he about to go a step further and cross over the line to full-blown traitor status – voluntarily or involuntarily?

Many people in this country believe that Edward Snowden is a hero for exposing the NSA’s questionable monitoring of American citizens’ phone calls and Internet usage, as the latest polls show – and he may very well be. But was seeking refuge in China and using the strategy that the government of Hong Kong “has a spirited commitment to free speech and the right of political dissent,” a practical approach for Snowden?

Being a computer analyst and one with such top NSA security clearance, why would Snowden flee to a country who actively engages in computer hacking themselves – particularly against the United States? Isn’t that the main reason President Obama visited China recently – to discuss this very issue?

Snowden may believe that the government of Hong Kong answers to no one in Beijing, but does he truly believe that the Chinese government is going to let him out of the country before they can shake loose all the NSA intelligence data secretly locked away in his mind? Or even Russia, for that matter?

Maybe there are those in Hong Kong who will attempt to champion Snowden’s fight for privacy rights and surveillance reform, like the few thousand Chinese protestors who did so in Hong Kong this weekend. But let’s be realistic here, Snowden has put himself in a real-life scenario of dangerous spy games being played out between two of the world’s biggest superpowers – the United States and China. The outcome of this cat and mouse fiasco is not going to end up like another “Mission Impossible” movie sequel, with a possible happy ending.

This is real life…where the stakes are high and where the big boys play.

In the famous, 1863, short story, “The Man Without A Country”, a young army lieutenant accused of being an accomplice to treason is sentenced to life on the high seas aboard navy vessels…never to see or hear any news of his country again.

Is this the kind of twisted fate that awaits Edward Snowden? Will he be cast out as a traitor, brought back to this country and tried for treason? Will he be granted asylum in another country, only to have his memory involuntarily drained and stripped away until it resembles that of a reformatted hard drive? Or will he become the hero which he so wants to be, and this century’s poster boy for freedom and privacy rights?

Or will Edward Snowden become…the next “Man Without A Country” for the rest of his life?

Tell us what you think. Take the poll.

5 thoughts on “Edward Snowden – “The Man Without A Country”!”